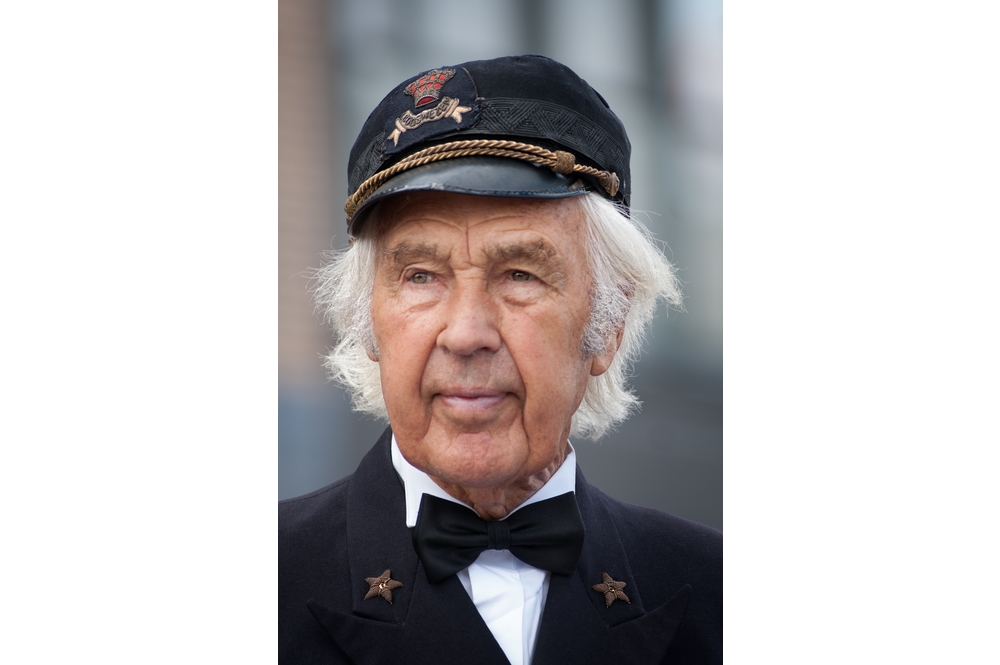 Albert Veldkamp was born in Tiel on the 27th of September 1925 and after the second World War received his first sea school education from the sea school Willem Barents in Terschelling. His seaman’s career began in 1947 as an apprentice deck officer in the Royal Rotterdamse Lloyd. His heart lay then in deep sea sailing ships and if he had taken the chance, to jump ship in Fremantle and sign on in one of the sailing freighters from the Flying P-Line that was also lying in the harbour, his life would probably have taken another course. Now he made his career as mate in the whale factory ship the Willem Barents and applied in 1958, after a short break as seamanship instructor at the Hogere Zeevaartschool at Vlissingen, to the pilotage service in Vlissingen.

Sailing was Albert’s passion and by doing so he came in contact with the "Stichting Het Nationaal Zeilend Zeeschip" "Eendracht" (The two masted and later, the three masted schooner). He sailed many trips as skipper in these. His involvement brought Albert also in contact with the later director of the Stichting Sail Amsterdam. Later Albert sailed with the sailing ship "Abel Tasman" from New Zealand to Panama and with the "Zeezot van Veere" from Boston (Mass) to Liverpool.

During a voyage with the "Eendracht", Albert came also in contact with the shanty choir "De Knurrhahn" from Kiel on the Kiel Canal. He was so impressed with this choir and their repertoire of sailing ship work songs that he tried for many years to enthuse his fellow pilots to also form a shanty choir. In 1971 this was successful and the "Scheldeloodsenkoor" was formed. It was a succes from day one.

The choir made a furore at home and abroad. It performed with symphony orchestras and well known soloists. It produced many LP’s, CD’s and videos and thanks to the sail relations, was the presence of the Scheldeloodsenkoor during consecutive sails possible. With the high point the opening of Sail Amsterdam in 1995 in the Stadsschouwburg with the musical "Een reis rond de wereld". The choir made concert trips to Russia, the USA and Australia. A bronze plaquette from the choir, on the prestigious and monumental Able Tasman Fountain in Hobart, Tasmania shows the bond with this part of the world.

With the pilot boat Plancius (rebuild to an expedition ship) Captain Veldkamp made, after he went in to retirement, in the eighties, five scientific voyages to Spitsbergen and wrote with the help of the ships log the book  "In het kielzog van Willem Barents".

Albert Veldkamp, for his many services, was appointed in 1996 as Ridder in de orde van Oranje Nassau. 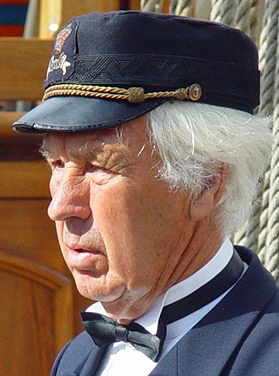 The River Scheldt Pilots' Choir® was founded in Vlissingen on April 27th, 1971 by the  honorary chairman Albert Veldkamp.

Pilots have a variety of leisure activities, such as sailing, playing football, acting and performing cabaret.

In 1971 choral singing was added to these activities.

Almost all of the 70 members are pilots or were pilots on the river Scheldt. The age of the members varies between thirty and eighty years.

There are many musical talents among the pilots. Some of them play the violin, others play the accordion or the guitar.

The enthousiasm has always been great among the members of the choir. Therefore we can boast a large attendance on the rehearsals, which are held every Monday morning in the "Van Doesburgcentrum" in Vlissingen.

The River Scheldt Pilots Choir is the only shanty choir in the Netherlands that consists of seamen only. So you could say they are made for singing shanties.

The mutual contacts stimulate the unity of the choir. Apart from the performances all year around which are widely applauded, also the musical "Shadows of Time" is greatly appreciated by the public.

The repertoire consists of Seasongs and Shanties, the sailor's songs that were sung on board the old sailing ships to lighten the heavy monotonous work such as hoisting and reeving the sails, hauling the anchor, pumping and scrubbing the decks.

In the scanty spare time "forbitters" were sung. The texts of these forbitters mostly had a double meaning.

From the beginning of his career, the world famous English shantyman Stan Hugill, who sailed around Cape Horn several times, laid down a lot about shanties. The prime time of the shanty lay in the second half of the 19th century on board of the merchant ships.

An example of a shanty is "Blow ye winds in the morning". Stan Hugill also wrote "Shanties from the Seven Seas". Below more information on this book is given by Tom Knapp.

If you have any fascination for the work songs of the sea, Stan Hugill's Shanties from the Seven Seas should be your bible. 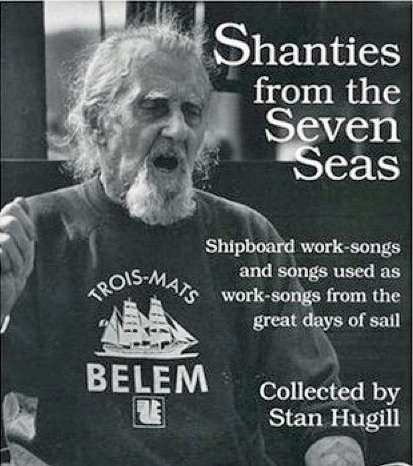 Stan Hugill was no deskbound scholar researching a topic through second- and third-hand resources. He was a sailor and a shantyman, making his living from the ocean as long as his kind of worker was still needed. But as machines replaced men on many of a ship's backbreaking tasks, the need for rhythmic shanties to unite the men's labours and lift their spirits were no longer needed. Fortunately, Hugill did his best to preserve the old songs and their histories, and this volume is a true labour of love.

Shanties from the Seven Seas was originally published in England in 1961. It went through several printings, with corrections and abridgements along the way, before being picked up by a new publisher in the late 1980s and seeing its first U.S. release. Now, the Mystic Seaport Museum has re-issued the book and, given the Connecticut museum's interest in preserving nautical history and lore, will hopefully keep it in print.

Hugill, who died in 1992 at age 86, is remembered in this new edition as "a singer, raconteur, amateur anthologist, armchair philologist, self-taught artist, and boon companion." He worked hard at sea during peace and war, survived two shipwrecks, was a German prisoner of war, retired into a new career as a boatswain and sailing instructor for Outward Bound, and was the person most responsible for preserving and reviving the shantyman's art.

"To the seamen of America, Britain, and northern Europe a shanty was as much a part of the equipment as a sheath-knife and pannikin," Hugill wrote in his introduction to this volume. "Shanties were alwaysassociated with work -- and a rigid tabu held against singing them ashore. ... To sing a shanty when there was no heaving or hauling would be courting trouble -- and the sailing-ship man was superstitious to a degree."